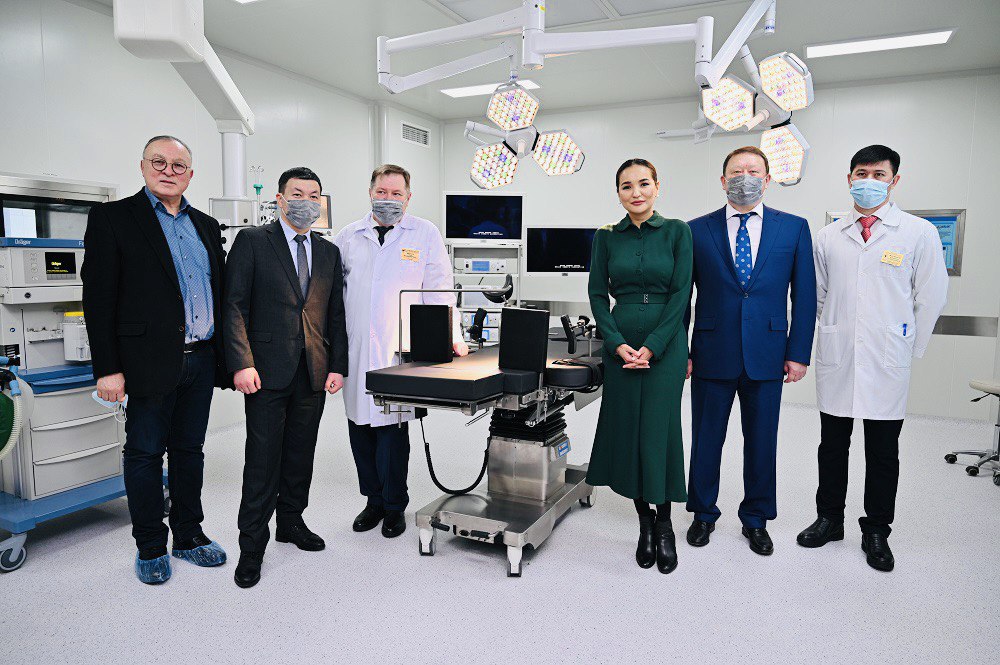 Saby Foundation opened a new department of emergency pediatric surgery in the city of Petropavlovsk. This is the fourth surgery built and fully equipped by the Foundation. Three operating blocks have been launched here, in which the most advanced medical equipment has been installed, which makes it possible to carry out the most complex surgical operations. Repair area - 620 sq.m. The cost of the object is 335 million tenge.

“In the implementation of the Medical Program, the Foundation adheres to a systematic approach: we not only provide assistance in the construction of high-tech surgical units, but also organize advanced training courses and master classes with leading international surgeons for doctors working in these hospitals. The cities where modern surgical complexes were built were not chosen by chance: almost everywhere they are the only specialized medical institutions serving tens of thousands of small patients,” said Aselle Tasmagambetova, President of the Saby Charitable Foundation, at the opening ceremony.

Earlier, within the framework of its project "Emergency Pediatric Surgery", on the basis of city hospitals, the Foundation built departments in Almaty, Semey and Aktau. Thus, the total budget of the project amounted to 1 billion 73 million tenge.

Treatment of children in all hospitals is provided free of charge.

• The department in Almaty was opened in April 2019 on the basis of the Children's City Hospital No. 2. The project cost amounted to 173.2 million KZT.

• The department in Semey was opened in January 2020 at the University Hospital of the NJSC “Semey Medical University”. The project cost amount to over 247.5 million KZT.

• The department in Aktau was opened in June 2021 on the basis of the Mangistau Regional Multidisciplinary Children's Hospital. The project cost amounted to 307 million KZT.

In just 20 years of work, the Saby Charitable Foundation has provided support to the health care system of Kazakhstan for a total of 2.4 billion tenge.

Yesterday in Almaty, the winners of the 8th annual competition for young Kazakhstani entrepreneurs "Build your own business-2021", organized by the Saby Charitable Foundation with the support of…

Events
The Department of Emergency Pediatric Surgery in…