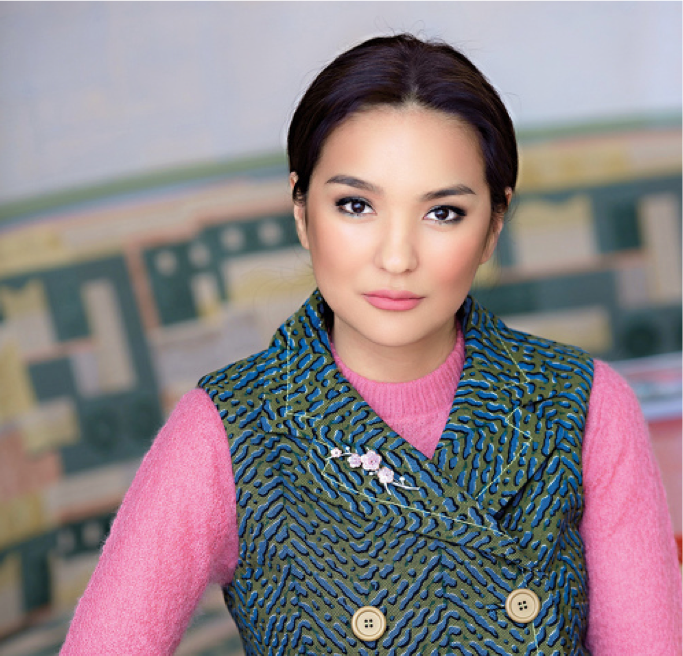 The founder and since 2002, the President of the Saby Charitable Foundation, one of the first charitable organizations in Kazakhstan, conducting large-scale activities in the field of constructing large social facilities, rendering help orphans and children left without parental care, talented children from socially vulnerable families, children having serious health problems, and physically-disabled people.

Awards: European Quality Award, 2009, granted by the European Business Assembly, for efforts in achieving quality in accordance with European standards;

2010 to 2014, a lecturer of the Kazakh National University, specializing in Environmental Law.

Awards:
Asyl Alma, 2010, the award granted by the akimat of Almaty, for contribution to the fight against socially significant diseases;
Zhanshuak Public Prize, 2010, given by the Confederation of Disabled People, for organizing a free social taxi in all cities of Kazakhstan;

2012 to 2014, an independent member of the Board of Directors of the JSC National Scientific Cardiac Surgery Center of the National Medical Holding of Astana.

Since 2012, the founding member of the Central Asian Institute of Environmental Studies, which is developing activities to conduct applied and fundamental scientific research in the field of environmental protection.

Awards:
Sauap Medal, 2016, given by the NGO South Kazakhstan Society of Disabled Persons ‘Asar’, Turkestan city;
State Order of Honor Kurmet, 2016, for merits in the development of the social sphere, education, and active social activities.

Co-Founder of the Saby Charitable Foundation
Born on 14 July 1979.

To find out more about Kenes Rakishev, please visit www.kenesrakishev.com