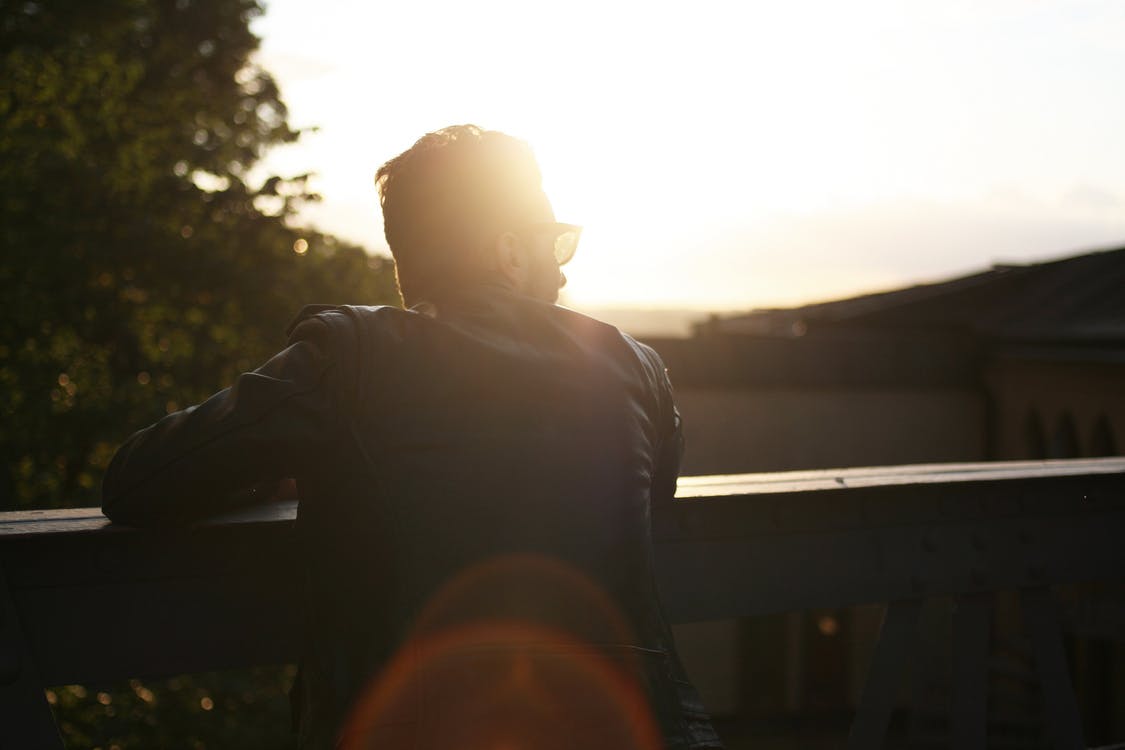 Project objective:
Constructive solution of problems related to integration of graduates of Youth Homes into the civil society by creating an environment for focused development of a young man in the socialization process.

Duration of the Project:
Ongoing project

Problem definition:
The growth of social orphans in our country is conditioned by many causes: lowering of living standards of the most part of population, lack of a clear and deliberate programme to support motherhood and childhood, loss in value of family and family relations, etc.
Problems of rehabilitation, upbringing and education of orphans and children left without parents’ care are resolved in Kazakhstan, as in other CIS countries, mainly through the development of the orphanages of various kinds.
After graduation an orphanage young people at the age of 18 years face a severe problem of integration into the society. They face the challenge of radical changes and integration into a new social environment, to which they must adapt. Representatives of this social group have difficulties in professional self-determination, establishment of working and friendly relations as well as communicating with the opposite sex. Most of them - up to 40% of graduates of children's social institutions - become offenders or commit suicide.
And this occurs despite the fact that children who have left an orphanage do not have to live on the street. Unlike, say, Russia, Kazakhstan teenagers, who do not have their own legal housing, after leaving an orphanage are sent to the Youth Home, where they live up to 23 years old under conditions of a municipal hostel. It is believed that at this age young people receive education, find a job and can lead an independent life. However, as practice shows, such people do not often have basic skills for establishing social relationships, solving vital problems, and forming an autonomous household.
For this reason, the vast majority of boys and girls who have reached 23 years and need to free their places in the Youth Home for the next generation of orphans face a problem of homelessness. They have no place to go, they have no relatives, they have no cash savings, and issue of apartments for them under the state programme is carried out in accordance with the common queue, which might never come in the existing conditions.
Creation of acceptable conditions for social adaptation of young graduates of Youth Homes and contribution to their integration into the society by assisting in obtaining housing are currently extremely topical issues.

Goal setting:
At the present time, although graduates of orphanages have benefits for housing from the republican housing stock in accordance with the Law of the Republic of Kazakhstan “On Housing Relations" dated April 16, 1997, they do not actually receive housing because they are standing in a queue with other poor socially protected layers of population. In this regard, under the “Youth” Project the “Saby” Foundation is considering a possibility to render assistance to young people-orphans in solving a difficult problem related to acquisition of their own housing on favourable terms. In this case the following condition is principal: it should be not a trivial scheme of "a benefactor gave – a beneficiary took” but long and hard work on the part of a recipient. Thus, applicants for housing may be only full orphans who have reached 23 years, received higher education and are currently working. Such a system will cause a graduate to think and work exerting maximum efforts and producing a stable habit of thoughtful and responsible approach to building a life.

Ways of solution:
The Charitable Foundation is developing a draft of joint work with Zhilstroysberbank of Kazakhstan JSC, whereby the Foundation makes an initial payment for a recipient to a special bank deposit in the amount of 50% of the cost of housing intended for a recipient (approximately 20,000 USD where the initial cost of housing is 40,000 USD). Over the next 3 years a graduate of the Youth Home replenishes monthly this deposit from his/her salary (100 USD x 12 months x 3 years = 3,600 USD). Upon expiration of the term the graduate receives a missing amount for procurement of housing (40,000 – 20,000 - 3,600 = 16,400 USD) as a bank loan under 4,5 % per annum, which shall be repaid to the bank out of a graduate’s salary within a few years determined by the contract with the bank (10 years on average with monthly payments in the amount of 150 USD). After the full settlement with the bank a recipient shall proceed to repay debt to the Foundation in the amount of 50% of the amount granted for an initial installment (10,000 USD) without interest, within 5-6 years.
This type of cooperation is rather constructive. It gives a young graduate of a Youth Home an opportunity to receive an initial installment in a sufficiently large amount of money, which is not possible to collect by its own forces. In addition, subsequent financial payments do not have a material adverse effect on the budget because of their reasonableness. Moreover, final settlements with a bank and the Foundation will be made by a young man when he lives in his own house, maybe having a family and increasing his wealth, which can accelerate the settlement with creditors.

Goal setting:
Among graduates of Youth Homes there are many at the age of 23 year old who have professions demanded in rural areas. Given that a person does not have any support in a big city, it is possible to give an opportunity to work in rural areas of Kazakhstan with provision a young specialist with job, housing and social guarantees.

Ways of solution:
The Foundation and Akimats of towns and villages are developing special schemes for attraction and recruitment of specialists from the municipal Youth Home, provision them with necessary conditions for adaptation in villages, in particular, in compliance with the Law of the Republic of Kazakhstan "On making amendments and supplements to some legislative acts of the Republic of Kazakhstan on social support and motivation of social workers in rural areas" dated December 24, 2008.
At the same time management of Youth Home promotes receiving by graduates of professions demanded in the agricultural sector in order to facilitate their further employment in rural areas.

Goal setting:
Focusing on the experience of the closest neighbor - Russia, it is necessary to note a positive result of employment of graduates of children's social institutions in large companies, including township-forming enterprise. In this case, young people have strong support of a large team and become so-called "children of regiment." Patronage of elder colleagues is not only within the professional relationship, but extends also to non-business situation. This allows orphans not to feel outcasts; conversely, they feel fully-fledged members of the society.
In addition, considerable importance is the fact that there is a possibility of providing housing for employees by enterprises. Starting from a hostel and, subject to diligent work with total dedication, to getting own apartments.
Moreover, as experience shows, there are talented guys among graduates of the Youth Home, who combine high intellectual qualities and excellent organizational skills.

Ways of solution:
The Foundation aims to support perspective young graduates of the Youth House. For that end the Foundation should liaise with managers and HR-managers of large enterprises and companies for the purpose of employment of young specialists.

Financing of the Project:
The project is financed by voluntary contributions from benefactors in the Non-Commercial Organization “Saby Charitable Foundation”.

Expected results of the Project:
Creation of conditions for development of interests of graduates, their professional training followed by employment, civil formation, and, thereby, solving a problem of socialization and integration of this category of young people into the society;
Preparation of graduates for independent and conscious activities in choosing a job and contribution to their emotional readiness for employment and social choice;
Forming a sustainable and motivated interest in obtaining a demanded profession, and, thereby, in satisfaction of social needs (jobs, housing and family).

- July 2011 (start of the Project) – conclusion of contracts for housing construction savings between six graduates from orphanages, the “Saby” Charitable Foundation and Zhilstroiserbank of Kazakhstan JSC. The Foundation made an initial contribution and makes monthly payments to recipients’ bank;

- July 2012 (start of the Project) – conclusion of contracts for housing construction savings between two graduates from orphanages, the “Saby” Charitable Foundation and Zhilstroiserbank of Kazakhstan JSC. The Foundation made an initial contribution and makes monthly payments to recipients’ bank;

- August, 2013 – two participants of “Youth” Project have received the opportunity to acquire flats in Almaty city by means of participation in the Pool of customers and tenants in “Zhilstroysberbank of Kazakhstan” JSC;

- December 2014 - two members of the ‘Youth’ Project through participation in a Pool of buyers and tenants bought apartments in Almaty as well as two members were able to find housing in the first half of the next year;

- April 2015 – conclusion of contracts for housing construction savings between graduat from orphanages, the “Saby” Charitable Foundation and Zhilstroiserbank of Kazakhstan JSC. The Foundation made an initial contribution and makes monthly payments to recipients’ bank;

- August 2015 – two members of the “Youth” project by participating in the Pool of vendee and tenants prepared documents of flat purchasing in Almaty city;

- October 2015 – one participant of the “Youth” project acquired two-room apartment in the secondary housing market in Zhetysu district of Almaty city;

- December 2015 – two participants of the “Youth” project had the opportunity to acquire apartments in Almaty city by participating in the Pool of vendee in “Zhilstoysberbank of Kazakhstan” JSC;

- May 2016 - another member of “Youth” Project had the opportunity to purchase one-room apartment in Almaty by means of participation in a pool of purchasers in JSC “Housing Construction Savings Bank of Kazakhstan”.

The “Youth” Project - Unconditional Result
The “Youth” project of “Saby” Charitable Foundation, launched five years ago as a pilot project, has announced the results. The boarding school leavers of Almaty city, for one reason or another not passed the selection…
Youth program
Our Response for a Housing Question
Housing question, which complicates lives of boarding school leavers, is successfully resolved within the framework of the “Youth” Project of Saby Charitable Foundation. Certainly, we cannot boast a wide-scale distribution…
Youth program
Triple housewarming
During the summer and autumn of this year, as many as three members of the "Youth" Project became owners of their apartments after all the necessary legal procedures for its legalization.Two guys have obtained the desired…
Youth program