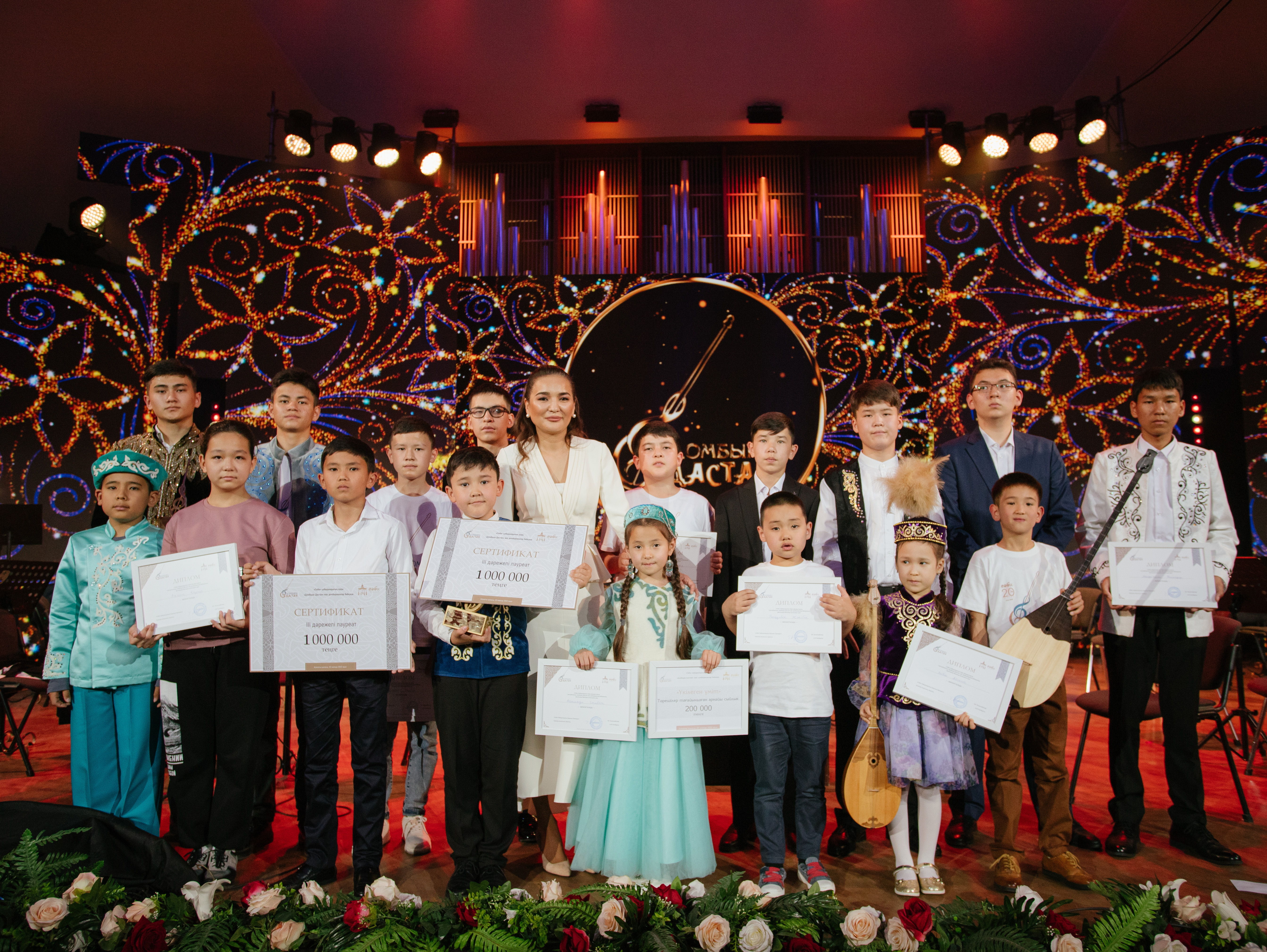 Today in Almaty a grand gala concert of the First Republican Children and Youth Contest Dombyra-Dastan was held to award the winners.

The guest of honor of the competition was the statesman and public figure, philanthropist, doctor of political sciences Imangali Nurgalievich Tasmagambetov.

Aselle Tasmagambetova, President of the Saby Foundation, addressed a welcoming speech: "The main purpose of the Dombyra-Dastan contest is to popularize seven different schools of kyu and discover young talents.

This year, the Saby Foundation is celebrating its 20th anniversary. Over the past years, we have supported more than 1,200 young talents through various programs and events.
I have high hopes that through such initiatives in the future there will be artists who will raise the image of our country and glorify Kazakhstan in the world.

The musicians showed their virtuoso mastery of the instrument during the "Kyui-Tartys" performance.

Especially for the guests with a song "Dombyra turaly ballad" performed by the winner of international competitions Yerzhan Maxim.

So, the winners of the competition:

Grand Prix and a grant of 8 million tenge - Dauletbay Ayana.

Grand Prix and a grant of 8 million tenge - Sagatbek Nurdaulet.

We congratulate the young dombrists on their victory and wish them a rewarding creative journey!

Saby Foundation opened a new department of emergency pediatric surgery in the city of Petropavlovsk. This is the fourth surgery built and fully equipped by the Foundation. Three operating blocks have been launched here, in which…

Yesterday in Almaty, the winners of the 8th annual competition for young Kazakhstani entrepreneurs "Build your own business-2021", organized by the Saby Charitable Foundation with the support of…