Projects of the Saby Foundation in Petropavlovsk

The Saby Foundation implements its programs in a variety of social areas, so our sponsored organizations and supported projects are represented in almost all regions of Kazakhstan.

Last week, the Foundation's leadership with a delegation of sponsors visited the city of Petropavlovsk, where an emergency pediatric surgery department was opened. In addition to the hospital, Aselle Tasmagambetova, President of the Foundation, also visited the Neurability room, where patients are being rehabilitated after strokes using virtual reality technology. This is the project of Maria Ostroumova, a neurophysiologist, a finalist in our Build Your Business competition to support young entrepreneurs, who received a $15,000 grant in 2019 to develop her business.

The Foundation's management also visited secondary school No. 7. The director gave us a short tour of the institution. As a result of the meeting, possible options for cooperation in the field of education were considered, and the Foundation donated a radio system with two microphones for the assembly hall as a gift to the school.

In addition, the Invataxi service operates in Petropavlovsk, for which in 2013 Saby donated 2 specialized vehicles for transporting people with special needs.

And within the framework of its Sports Project, at one time the Foundation built two playgrounds for children: for the city correctional school No. 2 in 2011 and for the Center for the Adaptation of Minors of the North Kazakhstan Region in 2016. 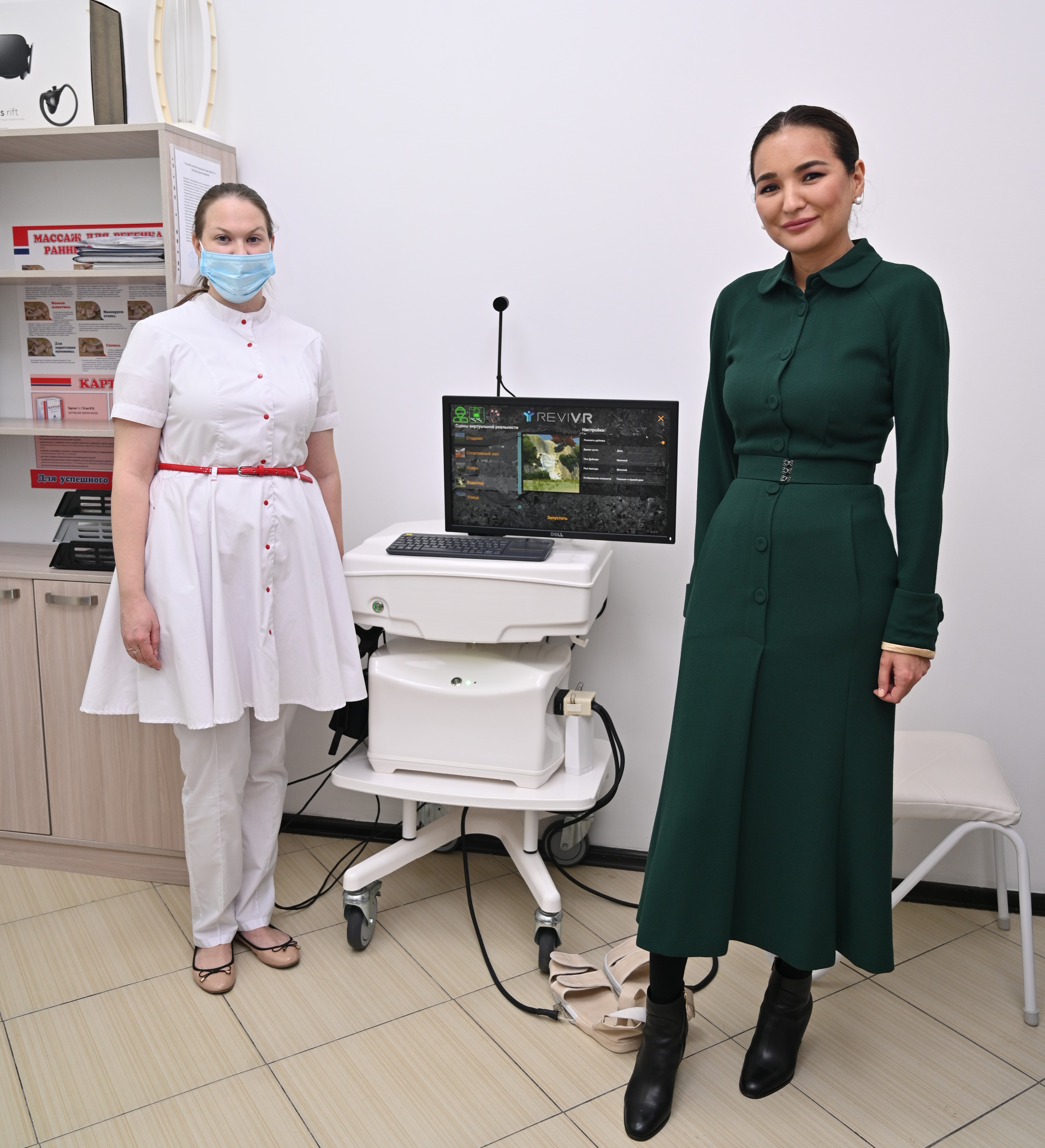 News
News of the contest "Build your own business"

We are always very happy about the success of the participants in the "Build Your Own Business" competition, as this is an indicator of our correct choice of the most worthy among hundreds of applicants. A good…

News
The Saby Foundation sponsors the pavilion of…

The Saby Foundation acted as one of the general sponsors of the first national pavilion of Kazakhstan at the Venice Biennale, the world's most prestigious event in the field of contemporary art. Meruert Kalieva,…