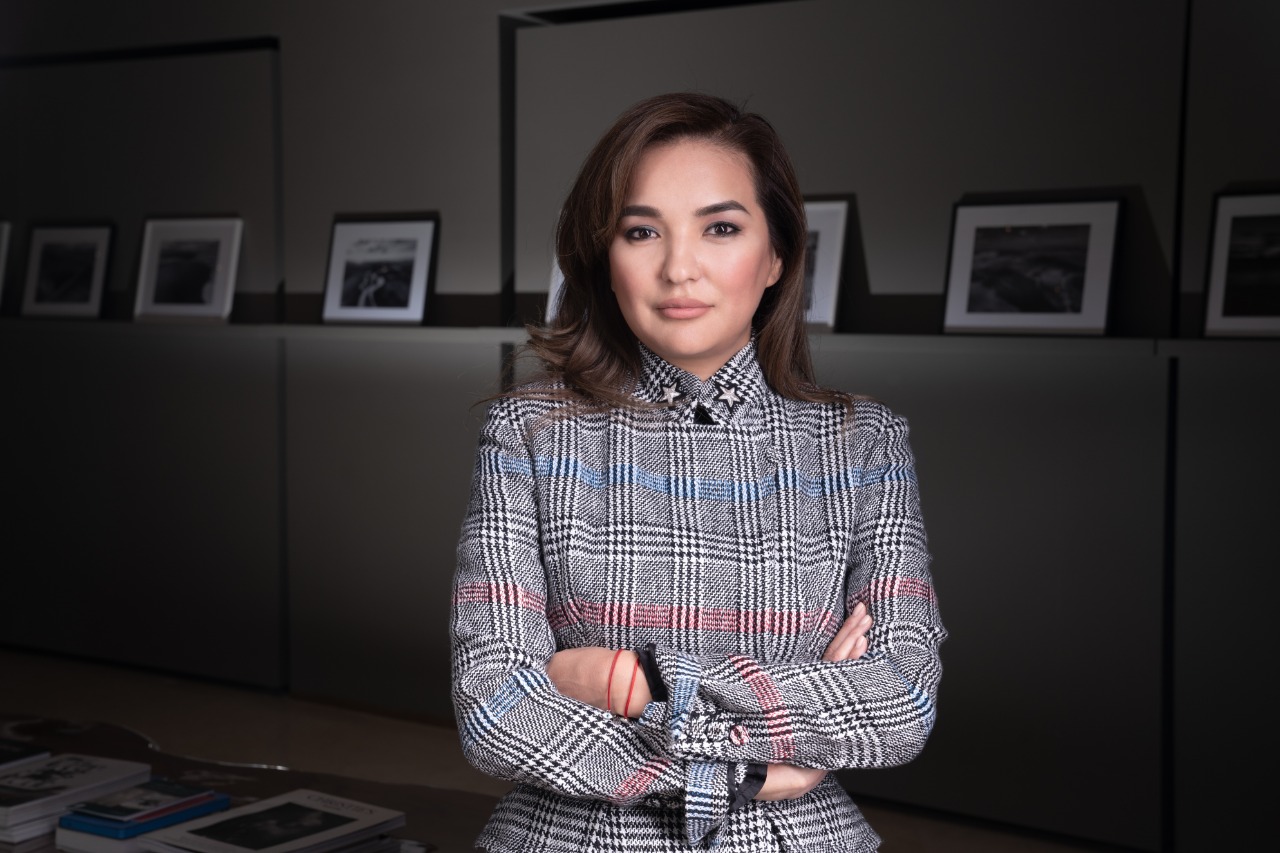 The year 2020, according to predictions of experts, will be the countdown to the beginning of the global economic crisis. The pandemic caused by COVID-19 threatens bankruptcy for lots of enterprises, especially small and medium-sized businesses, which, as a consequence, can result in large scale unemployment.

To come out of the crisis, it is necessary to consolidate the efforts of the entire society. For this purpose, it is important to understand the role of non-profit organizations (NPOs) in resolving the social issues, which, without exaggeration, contribute a lot to social development. After all, it is difficult times when charity becomes especially relevant and important.

Beyond all shadow of doubt, charity in Kazakhstan has passed a significant evolutionary path. In recent years, we have witnessed the formation of a culture of private and corporate charity.  Due to the development of new technologies, crowdfunding and online donations have emerged. Volunteer organizations have reached a completely new level of quality. It would be absurd to deny the influence of the sector on the social life. Nowadays, NPOs’ contribution to the national economy is 4-5%. Traditional areas of activity are healthcare and education.

Nevertheless, for 30 years of independence of Kazakhstan, despite the existence of various forms of charity, NPOs, unfortunately, have become neither a professional sector nor an institution.  In wide circles of society, charity is still perceived as a PR method or an attempt to earn favour of government agencies. There is no such basic key link as trust, not only on the part of the state, but also on the part of society. Unfortunately, the lion's share of the so-called “charity” events is still the collection of donations in favour of individuals (who, in fact, subsequently, as often as not, turn out to be swindlers). Street pseudo-volunteers still do well. All this once again evidences the lack of confidence in foundations in society. An incomplete legal infrastructure restrains development of the organized private charity.

After 18 years of work and implementation of 10 nationwide projects, I can say with confidence that the state does not distinguish between the activities of non-profit and profit-making organizations as such.  An illustrative example can be our experience in building large social facilities: a Children's Home with 60 beds in Kyzylorda, a gated community with 80 apartments for leavers of children’s homes in Aktobe, a general education school for 1,200 students in Almaty, etc. During the construction of all these facilities, the foundation had to pay the government in full all taxes, inclusive of VAT. The total VAT payments amounted to 365 million tenge.  However, in the EU countries, for example, the tax laws applicable to NPOs categorize these organizations as “operating in the public interest”:  they are exempted from calculating and paying VAT.  Furthermore, the laws provide for a reduction in the VAT rate on goods and services purchased by NPOs. Even in Russia, construction activities are exempt from value added tax without charge.

At the same time, we do not receive any assistance in creating the infrastructure or in constructing the utilities. Furthermore, the foundation had to arrange the installation of external and internal networks at most of its facilities by its own efforts, without any support from the government or city authorities.  Considering that sites for social facilities, as a rule, are allotted not in the most prestigious places, far from the downtown and generally from the civilization, the costs for connecting the networks usually make up the lion's share of the cost estimate.

The akimats completely lack a legal mechanism for cooperation with NPOs. The only official document that we have is a memorandum between the akimat and the foundation, an agreement of intent, which in fact has no legal force at all. Add to this the endless rotation at the local level, when after each regular appointment, you have to start everything from the very beginning: give explanations again and again, and apply to new bureaucrats for the assistance. But that's not all! After completion of the construction, the transfer of ownership of the facility to the city becomes our “headache”. Due to lack of professionalism at the local level and bureaucratic delays, this procedure sometimes lasts for years. It seems that in this country nobody needs new schools, hospitals, museums ...

The complicated process of approval of and agreement on documents at the local level, bureaucratic hurdles exhaust terribly; but this is nothing compared to the indifferent and absent attitude of officials of akimat departments, which sometimes verges on criminal flippancy! I will never forget how in Kyzylorda, after agreeing on a land plot and obtaining a building permit, our workers discovered a terrible "treasure": there was a main gas pipeline underground, which the akimat had not the least suspicion of, as the gas pipeline was not on the register. It is a scary thought how many lives it could take! And at the very end, already after we voluntarily passed all the circles of the administrative hell and completed the construction, as a rule, we were denied even the opportunity to tell about our activities in the mass media.  After all, this is supposedly an advertisement! And you have to pay for it ...

In order for the country to undergo a substantial transformation of its attitude to NPOs, specific support measures on the part of the government and society are needed. It is necessary to develop a legal framework for the interactions between NPOs and akimats; tax laws applicable to charity need adjustments, especially when it pertains to construction of large social facilities.

If we consider the experience of other countries where NPOs have long been the driving force of civil society and have a large share of their presence in the economy, tax exemptions are the main mechanism and the most important tool for regulating their activities. In particular, the US authorities, entrusting the NPOs with the task of satisfying basic social needs, have granted a number of fiscal benefits in return: donor companies are exempted from the federal income tax, from a number of local taxes, and individuals who invest in charity are exempted from the personal income tax on the amount of investments made. As a consequence, NPOs’ contribution to US GDP is 10%.

In Europe, donations to charitable organizations are subject to tax deductions too.  The deduction limit varies from country to country, but usually is 10–20% of taxable income. But, for example, in the UK, the donation amount is subject to deduction without limitations. It is not surprising that, according to statistics, the UK is one of the leaders in the number of charitable organizations. This experience could be adopted.

The tax laws of Kazakhstan provide for the exemption of NPOs from corporate income tax (CIT). Thanks, but ... At the same time, the state seems to forget that NPO is, by definition, a non-profit organization, i.e. its activities, in principle, are not aimed at generating income for business purposes. Tax benefits stimulating the charity in Russia were in force from 1996, but were cancelled in 2002.  I would like to ask a question:  Is this the policy of all transit states? And is there a transit time limit?

We would like to propose the idea of ​​developing the forms of interactions between the state and NPOs. Foundations that are similar to our one are willing to take on the role of pioneers  and try to provide, by their own efforts and at their expense, assistance where it is deficient. Thus, the state will not have to assume the risks of developing new areas, getting lumps, and a long building of the system. We will bring a ready-made, tried and tested project. The task of the state is only to take it and continue its development. As no foundation is capable of supporting large-scale national projects for a long time. It just has no sufficient resources.  In the end, the state will have an opportunity to select for itself the best, most sought-after areas. We are even ready to participate in a competition: let the best project be chosen. For example, our project "Dignified Life to Disabled People”.  The project is more than 10 years old, it has been worked out to the detail and is represented in all regions of the country. And we would be ready to simply give it to the government without any conditions and requirements on our part. If only to continue this activity and ensure its benefits! In the end, supporting people in need of help is one of the social roles of the state.

In my point of view, one of the criteria of a progressive society is the attitude of society to charity and the degree of personal involvement in the social life of the own country.  In this connection, it is very important to understand that charity should not serve anyone's political goals, and that it is completely unnecessary to set the tone of sacrality to charity.

After setting up a system of partnership and mutual assistance between the state and NPOs, we will be able to achieve qualitative and positive changes in society. To expand the scope of charitable activities, enhance their effectiveness, implement a systematic approach and involve the maximum number of concerned and active people.  After all, only joint efforts can bring the charitable sector to a new level.

News
Final of the "Dombyra-Dastan" competition

Friends, we are pleased to announce that for the 20th anniversary of the Saby Foundation, together with the Alma Cases brand, we have released a new limited collection of cases for the latest iPhone models. Cases for iPhone…